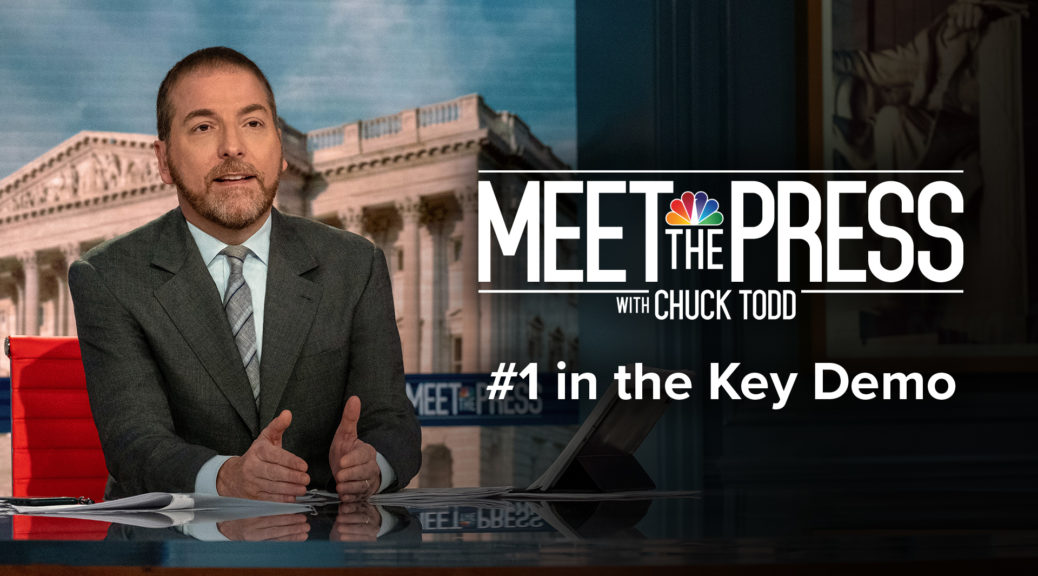 November 22, 2022 — Meet the Press with Chuck Todd (MTP) was the #1 Sunday public affairs show in the key demo this past Sunday, November 20, according to data from Nielsen Market Research. This marks the fifth straight week MTP has won in the demo most valued by news advertisers, its first five-week streak in over two years.

MTP also followed up its best week of the year on digital with another top-10 week, reaching 2.8 million video views and nearly 300,000 hours viewed across digital platforms. On YouTube, 183,000 viewers watched Sunday’s full episode on top of the impressive linear viewership.

Compared to last week, MTP increased its total audience across the board. With last week’s data fully tallied, MTP ranked #1 on the Sunday after Election Day for eight straight years.

MTP delivered 2.8 million video views and 292,000 hours viewed across digital platforms, besting last week in hours watched by nearly twenty percent. That follows MTP’s best week yet on digital in 2022, with the show netting over three million views last week and over 300,000 viewers for last week’s episode on YouTube.

91 Months as the #1 Most-Watched Sunday Show in Washington, D.C.

MTP ranked #1 across the board in the influential Washington, D.C. region this past Sunday, continuing its dominance of the market. It has not lost a Sunday in total viewers in the nation’s capital in 91 consecutive months, well over seven and a half years.